The anterior cruciate ligament (ACL) is often torn during blunt trauma to the knee. Surgery is often required to replace the ACL. One of the ways the surgery is done is to take a piece of the hamstring tendon from behind the knee and replace the damaged ACL with it. This is known as an autograft hamstring ACL reconstruction.

The ACL is positioned in the center of the knee joint and runs from the posterior region of the thigh bone (femur) to the front of the shin bone (tibia). Ligaments are tough bands of tissue that conn ect the ends of the bones together, and the ACL runs through a notch in the femur and attaches to the tibial spine region. The hamstring muscles are formed from three muscles and their tendons: the biceps femoris, semitendinosis, and semimembranosus. These muscles and hamstrings connect to the ischial tuberosity, which is the bony projection of the lower pelvis.

A graft of the hamstring muscle is used to reconstruct the ACL along the inside aspect of the knee and thigh. Sometimes, the gracillis tendon, next to the semitendinousus, is also used. The hamstring works by pulling the leg in a backward motion and propelling the body forward during running or walking. This hip extension movement allows the knees to bend with knee flexion.

The purpose of ACL surgery is to keep the tibia from moving forward, position it under the thigh bone, and get the knee functioning normally. The hamstring tendon graft is used as the preferred choice because it holds well and heals quicker. A growing number of orthopedic specialists are using grafted tissue from the hamstring tendon because it is best for joint strength and stability following ACL reconstruction. Most Phoenix orthopedic surgeons perform the hamstring autograft ACL reconstruction using an arthroscope, which is a small fiber-optic monitor, used to operate the inside of the joint. Small incisions are made during the arthroscopic procedure. This surgery is done without opening the knee joint. Before surgery, the patient is placed under spinal or general anesthesia. Two small openings are made on the knee, called portals. The surgical tools and arthroscope is placed inside these portals so the surgeon can view the inside of the knee joint.

Along the inside edge of the knee, an incision is made just over where the hamstring tendons attach to the tibia. Working through this incision, the orthopedic specialist takes out the hamstring tissue to use for reconstruction. The tendon is arranged in three or four strips to increase the graft strength. During the procedure, the surgeon enlarges an area of the knee so the graft will hold. Once this is done, holes are drilled into the femur and tibial so the graft can be attached.

The graft is pulled into position through holes that are drilled, and screws and staples hold the graft inside these holes. To keep edema down and fluid build-up at bay, the orthopedic surgeon places a tube in the knee joint, and the portals and skin incisions are sutured together.

Most hamstring ACL reconstruction procedures are done on an outpatient basis, so the patient goes home the same day of the surgery. However, some patients are required to stay one to two nights in the

hospital for recovery. A tube is placed in the knee for drainage, which is removed after 24 to 48 hours.

After an autograft hamstring ACL procedure, the physical therapist will work with you to use a continuous passive motion (CPM) machine to keep the knee moving and relieve joint stiffness. The machine puts the leg through activities to ease pain, reduce stiffness, and permit scar tissue from forming in the joint. Crutches are used for two to four weeks, but some weight-bearing is allowed.

The physical therapist assists the patient with exercises, which are used to help with pain control and alleviate swelling. The goal of surgery is assist the patient to regain full extension of the knee. The therapist will show the patient how to do isometric exercises that work the hamstrings, as well as the muscles that hold the knee joint in place. 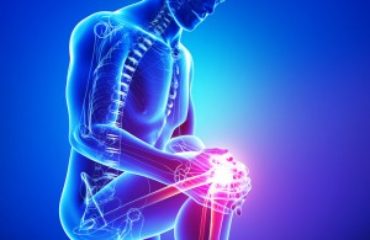 Knee Arthroscopy and Meniscectomy with a Phoenix Sports Doctor 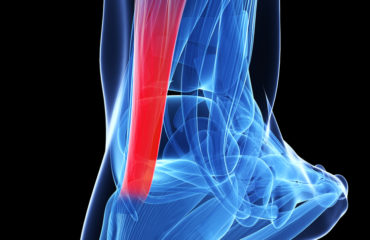 FAQs on Shoulder Dislocation – Info from an AZ Sports Doctor