What You Need to Know About Combined Knee Ligament Injuries

What You Need to Know About Combined Knee Ligament Injuries

What are the main knee ligaments?

The knee is the largest joint in the human body, and it is a complex joint. Three bones meet to form the knee joint: 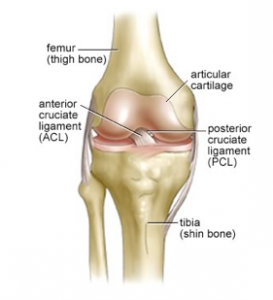 the thigh bone (femur), the shin bone (tibia), and the kneecap (patella). The bones are connected to each other by the ligaments. The four ligaments are:

What causes a combined ligament injury?

Because the knee joint depends on the ligaments and surrounding muscles for strength and stability, it is easily injured. Combined ligament injuries can occur from sudden changes in direction while running, as well as direct blows to the knee. When two or more ligaments are injured, it can disrupt blood flow to the leg and affect the nerves.

Multi-ligament knee trauma is often the result of a high-energy injury, such as a fall from height or a car accident. These injuries also occur during sports. When 2-3 major ligaments are injured, surgery is often required. For 3-4 ligaments, the knee if often dislocated.

What symptoms are associated with multi-ligamentous knee injuries?

These injuries are associated with severe pain and major swelling of the knee. People who sustain a combined ligament injury cannot walk, with the knee feeling wobbly and loose.

How are combined ligament injuries diagnosed?

When you see the doctor, he will ask questions about your injury, conduct a medical history, do an examination, and run some tests. X-rays are used to assess bone structures, and magnetic resonance imaging (MRI) scans are used to assess ligament tears and injuries. Injured ligaments are graded on a severity scale:

How are combined ligament injuries treated?

Depending on the severity of the damage, an orthopedic surgeon, and a vascular surgeon may need to evaluate and treat the knee. Surgery for combined ligament tears is performed right away. Repair requires a reconstruction with either an autograft or allograft tissue. Most top Phoenix orthopedic surgeons, such as Dr. Adam Farber, choose to use the arthroscopic technique, which uses a tiny camera and smaller incisions. Grafts are often required to construct new ligaments. Grafts are held in place with washers, screws, and pins.

After multi-ligament knee reconstruction, the patient must wear a brace for several weeks and avoid weight-bearing. The healing process can take around 6-8 weeks. During this time, a physical therapist works with the patient to increase leg and knee joint strength, flexibility, and range of motion. Study Shows Running Does Not Lead to Arthritis 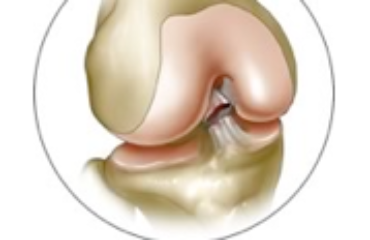