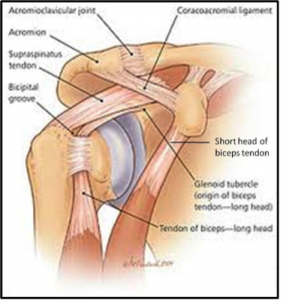 The word biceps comes from the Latin words bi (meaning “two”) and caput (meaning “head”; the same root as the word for capital). The biceps muscle is formed by separate tendons, or heads, which converge to form one muscle.

The two heads are known as: the long head and short head. The long head originates just above the socket of the shoulder joint, which is a ball and socket joint.

This tendon then passes through the joint of the shoulder and takes a nearly 90° turn into a groove in the upper arm bone, known as the bicipital groove. Due to this sharp angle turn, the long head of the biceps tendon has a tendency to slide out of the groove.

Damage to these soft tissue restraints, either from an acute traumatic injury (especially a sudden 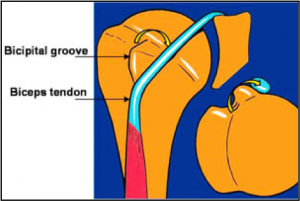 Biceps instability is also frequently associated with other shoulder pathology, including rotator cuff 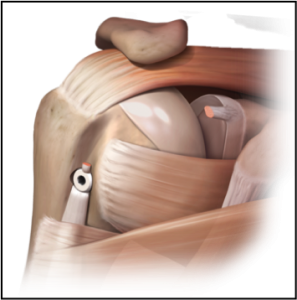 tears and impingement syndrome. The symptoms associated with these conditions can make the diagnosis of biceps instability somewhat difficult.

The diagnosis of biceps instability is typically made by a combination of the patient’s history and the findings on physical examination. X-rays are frequently obtained to rule out other sources of shoulder pain, but are usually normal in the setting of isolated biceps instability. An ultrasound study or an MRI scan may show abnormalities of the biceps tendon and possibly other associated shoulder pathologies.