A distal biceps rupture occurs when the tendon that attaches the biceps muscle to the elbow tears from the bone. This injury occurs most often in middle-aged men who do heaving lifting and labor work. 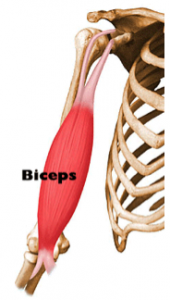 The most common cause of a distal biceps rupture is lifting a heavy item with the elbows bent. The heavy load forces the elbow to straighten, the biceps muscle contracts hard to lift, and tension on the tendon and muscle increase. When this happens, the distal biceps tendon snaps or tears where it connects to the bone.

Surgery is the only option for patients who wish to restore function to the arm after a distal biceps tendon tear or rupture. The operation is scheduled within a couple of weeks following the injury to prevent complications.

Direct biceps tendon repair is the most common type of surgery for this injury, and it should be done soon after the rupture. The surgeon makes a small incision around the arm above the elbow 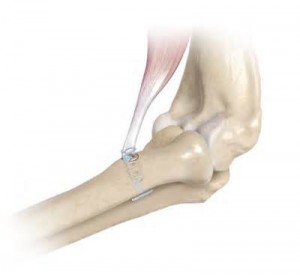 so forceps can be inserted to grasp the free end of the ruptured biceps tendon. The damaged end is removed, and a burr is used to make a small hole in the radius bone. Sutures attach the tendon to the radius bone, and skin incisions are sutured closed. The elbow and arm is placed in either a range-of-motion brace or a cast.

A new procedure for attaching the torn tendon to the radius that is gaining popularity is the suture anchor method. The surgeon uses “suture anchors” to fix the tendon in position. This procedure only uses one incision, and there is less risk of myositis ossificans (an abnormal healing response where bone forms in the soft structures). As with the direct repair, a burr is used to create small holes in the radius bone so the tendon can fit. Suture anchors are embedded into these cavities to hold the tendon.

When four weeks has passed since the initial rupture or injury, the surgeon will have to perform a graft repair of the distal biceps tendon. This involves making a larger incision at the front region of the elbow because the tendon will have to be grafted using graft tissue. The surface of the radial bone is removed so the surgeon can create small holes using a burr.

The graft is sutured into the small cavities to solidly fix the graft into the radial tuberosity. After the graft is positioned, its top end is sutured over the biceps muscle. After the repair, the Phoenix orthopedic surgeon closes the incisions and places the elbow in a protective brace.

Immediately following surgery, the Scottsdale orthopedic surgeon casts or braces the elbow for up to six weeks. Physical therapy starts within two to four weeks, where electrical stimulation, ice, and exercises are used. Exercises for the biceps are delayed until week four to six following the surgery, however. Most patients require physical therapy for three months, and it takes up to six months for a full recovery, so the patient can use the biceps muscle safely.

Tagged under: Treatment for a Distal Biceps Tear with a Phoenix Orthopedic Doctor 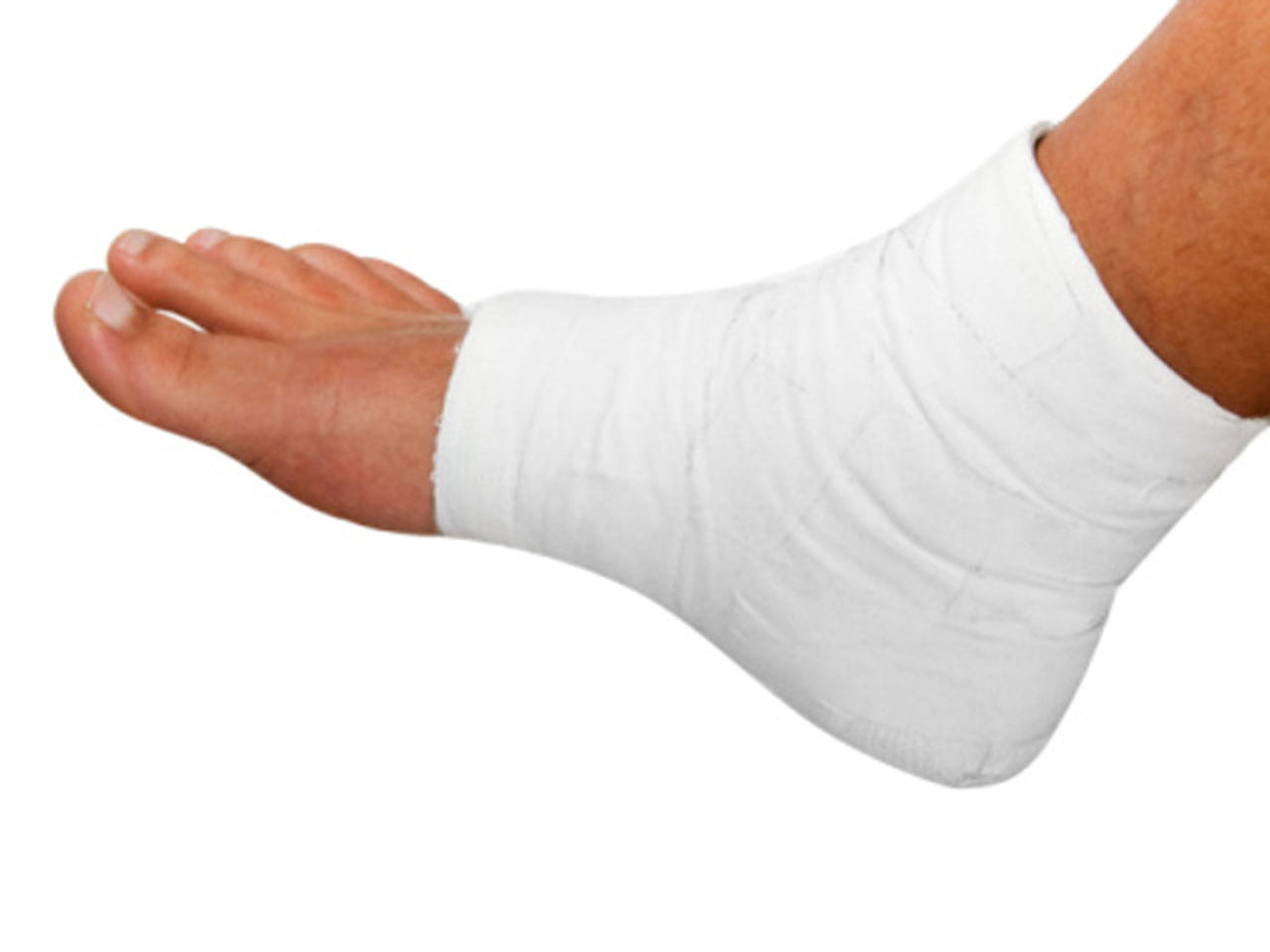 Recovering from a Broken Ankle

Will a Meniscal Tear need Surgery? What are the Various Treatments for Knee Cartilage Defects?