An Overview of Tommy John Surgery

An Overview of Tommy John Surgery

In medical practice, Tommy John Surgery is known as Ulnar Collateral Ligament Reconstruction or UCL. It’s a surgical graft procedure, in which the UCL located in the medial elbow is surgically replaced with a tendon found elsewhere in the body. Collegiate and professional athletes are the ones who more commonly face this procedure; in fact, the surgery is named after the first professional baseball player to ever have gotten UCL reconstruction. 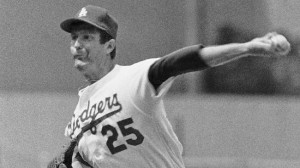 Although not all that common, there are times when the general population too, has to undergo this procedure. Over time, the use of the elbow, rare injuries caused due to throwing, and stress inflicted on the joints, can cause inflammation, development of bone spurs and cartilage injuries, which eventually leads to tearing of the MCL or the medial collateral ligament.

Part of a complex network of tendons and ligaments, the MCL is attached to the lower and upper arm that meets the elbow and helps to stabilize the arm. Moreover, the MCL also attaches the ulna to the humerus, i.e. the bone in the upper arm.

One thing to note is that the individual still retains the complete range of motion and the ability to throw, even after the MCL is torn. In fact, you might not know when the MCL was torn, although most people hear a popping sound at the time the tears occur.

It’s only when all range of motion has disappeared from the elbow, paired with extreme pain that the graft surgical procedure is considered as an option. With years and years of research and innovation under its belt, today, the procedure has been finely tuned by orthopedic surgeons and has now become a much safer muscle splitting technique used to minimize trauma to the muscles.

Recovery from UCL and MCL Reconstruction 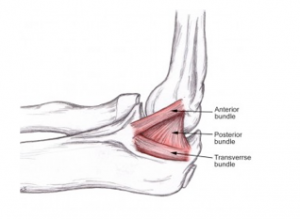 Speaking of professional sports like baseball, the amount of recovery and rehabilitation time depends on the severity of the injury as well as the position of the player. It takes about an entire year for pitchers to recover, while only about 6 months are needed for position players.

Typically, players begin throwing again after about 16 weeks of the surgery and nearly 80% return to the same level and position as they were in before the surgery.

It’s understood that the repetitive motion of throwing can increase stress to the UCL, due to which the ligament can become frayed, torn, or stretched. The risk of injury becomes extremely high as more and more stress is put on the UCL.

Some studies also suggest that, at times, the repetitive motion of throwing is not entirely responsible when it comes to an increase in injury. Now, it has been noted that the throwing mechanics as well as how hard the elbow is used, are two factors that can be taken into account.

More research is needed in the area of throwing injuries particularly in young athletes, to determine the exact cause and develop ways and techniques with which the injury can be prevented entirely.

Dr. Adam Farber at Phoenix Shoulder and Knee is an expert in Tommy John Surgery. He is Board Certified and Fellowship Trained in sports medicine. Most insurance is accepted. For the top elbow surgeon in Phoenix and Scottsdale, call (480) 219-3342 today! What Does Surgery for Tennis Elbow Entail?